Hook up by  Irene Pérez Hernández at Six Foot Gallery

Foot Gallery are excited to welcome Irene Pérez Hernández for a two-week solo exhibition. She has exhibited works in galleries throughout Europe and North America including exhibitions in London, Manchester, Barcelona, Mexico City and Sydney. 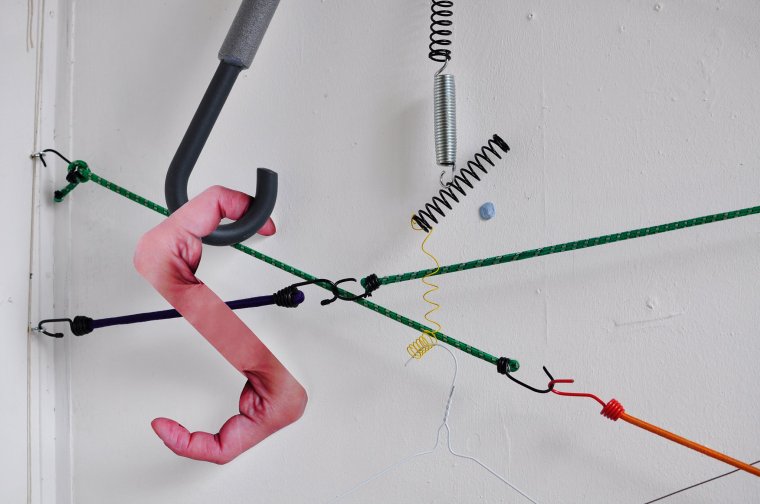 In the exhibition, ‘Hook-Up’, Irene Pérez Hernández extends her project of defamiliarisation of ubiquitous domestic objects as a means of considering spatiality and form. Hook-Up builds, literally, on the existing edifice of hanging rails in the gallery space at Six Foot, using the rails as sites of attachment for sculptural works and prints. The objects Pérez Hernández attaches to the rails exert spatial prerogatives both as individual entities and as sites display for the lithographic images which are attached to them. Their curvilinear shapes evoke both organic, consumer and industrial forms, blurring the lines between the animate, inanimate and the inert.